Two other universities in Hong Kong have removed monuments to commemorate the massacre in Tiananmen Square in Beijing, capital of China, in 1989.

The Chinese University of Hong Kong (CUHK) removed the statue of the ‘Goddess of Democracy’, while Lingnan University removed a wall relief.

A day earlier, the University of Hong Kong had also removed the famous ‘Pillar of Shame’ statue erected on the university campus to commemorate the massacre.

The monument, depicting the bodies of slain pro-democracy protesters, was one of the few visible artifacts in Hong Kong’s Tiananmen.

The removal of the statues comes at a time when Beijing is increasingly putting pressure on Hong Kong’s political opposition.

The statue of the Goddess of Democracy was modeled after the original Statue erected by Chinese students in Tiananmen Square in 1989.

In 1989, Beijing’s Tiananmen Square became the center of demonstrations demanding greater political freedom. Thousands of people camped in the square for weeks, but in June the army entered and troops opened fire.

The Chinese government said 200 civilians and several dozen security guards were killed. Other estimates range from hundreds to 10,000.

“The university never authorized the statue to be displayed on campus and no organization has taken responsibility for its maintenance and management,” CUHK said in a statement Friday.

At Lingnan University, where the relief statue was removed, the school said it had recently “reviewed and evaluated items on campus that could pose legal and security risks” and “… for the good of the university,” he said.

Hong Kong was one of the few places in mainland China that allowed public commemoration of those who died in Tiananmen Square on June 4, 1989, which remains a highly sensitive issue. 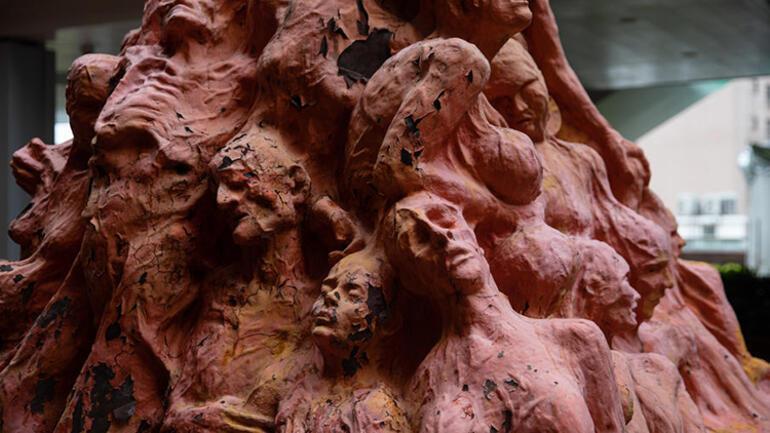 But in 2020, Hong Kong authorities banned the memorial for the first time in 30 years, citing Covid restrictions. Activists have accused the authorities of bowing to pressure from Beijing to silence pro-democracy demands.

Tens of thousands of people opposed the ban and broke down barricades around Hong Kong’s Victoria Park to attend that night’s vigil.

In October, nine pro-democracy Hong Kong activists were sentenced to between six and 10 months in prison for participating in the vigil.

Earlier this month, media magnate Jimmy Lai was sentenced to 13 months in prison for attending the same vigil.

The James Webb Space Telescope will remain in orbit for 10 years!