As the crisis between Russia and Ukraine continues to escalate, there have been significant statements from the United States regarding the process. At the United Nations Security Council, which convened at the urging of the United States on Russia’s military buildup on the Ukrainian border, U.S. Secretary of State Antony Blinken urged Russia not to invade Ukraine. Blinken also addressed the possibility that Russia could use it as an excuse to attack Ukraine. Deputy Foreign Minister Sergey Vershinin, who represented Russia at the meeting, distributed documents saying Ukraine had committed war crimes. “Due to the unfounded claims of Western countries, the UN Security Council is being turned into a circus and shamed,” verşinin said. Meanwhile, britain’s Ministry of Defence has published a plan for a possible Russian invasion of Ukraine, stating that Russia could invade Ukraine “without further warning” following the latest intelligence reports.

– There may be traditional attacks here, but they are not the only facilities Available To Russia. Russia can specifically target Ukrainian groups.

– I am not here today to start a war, but to prevent a war.

– If Russia does not invade Ukraine, we will all be relieved. We’ll see Russia change its mind. Then we’ll accept any criticism. 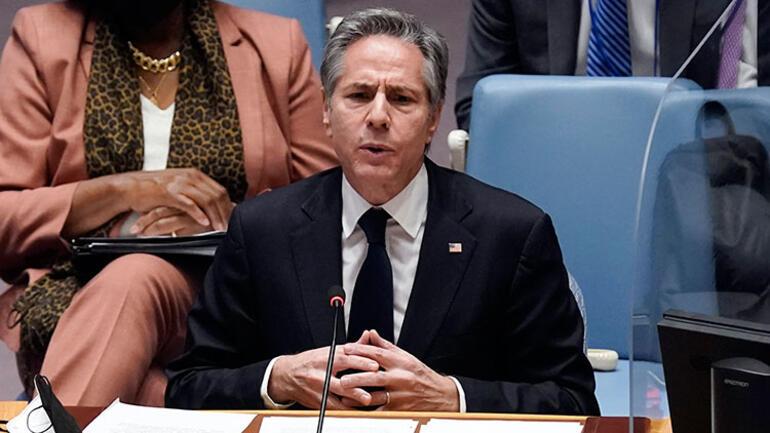 “PULL YOUR TANKS, PLANES BACK TO HEADQUARTERS, PUT FORWARD YOUR DIPLOMATS”

– As President Biden said, this would be a war of choice. Then we’ll have a very strong response. There’s another choice. Russia can still choose that.

– If Russia is ready to sit down with the Ukrainian government, then our friends in France, Germany are also ready to meet. And we’re fully ready to stand behind these parties.

– We have also proposed talks within the scope of NATO, Russia. These discussions can lead to a meeting of senior leaders and discuss our common issues.

– Let the Russian government come out today and say, “We will not invade Ukraine”, without any misleading behind it. Let him show it to the world. Get your tanks, your planes back to headquarters, put your diplomats forward. Then the world will remember your commitment.

“A DANGER TO THE LIVES AND SAFETY OF MILLIONS”

Blinken also said that “the closest threat to peace and security is Russia’s imminent attack on Ukraine. The risk has gone beyond Ukraine. This is a moment of danger for the lives and safety of millions of people, as well as for the foundations of the United Nations convention and rules based on international order that maintain stability around the world.”

Secretary Blinken cited the following possibilities as an excuse for the Moscow Administration to attack Ukraine: a phony terrorist bombing in Russia, the discovery of a mass grave, or a real or fake chemical weapons attack.

Blinken suggested that russia would hold an emergency meeting as a preathes, after which Russian missiles and bombs would start hitting Ukrainian targets, communications would be cut off, cyberattacks would begin.

RUSSIA: “THE UNSC IS BEING TURNED AROUND BECAUSE OF THE NOBLE CLAIMS OF WESTERN COUNTRIES”

The United Nations Security Council convened on Russia’s military buildup on the Ukrainian border at the urging of the United States. Deputy Foreign Minister Sergey Vershinin, who represented Russia at the meeting, said that the Kiev administration had committed war crimes in eastern Ukraine and that they had distributed such documents to representatives of UN Security Council member states. 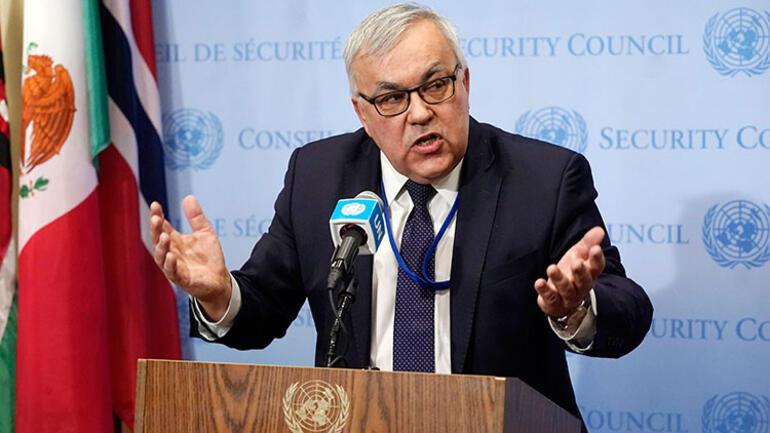 “Our representative at the UN distributed these documents to UN Security Council member states yesterday. I ask you to review these documents and be prepared that you will see terrible things.” Reminding that a Security Council meeting had been held in line with the allegations that Russia would invade Ukraine, Verşinin said, “We made all kinds of statements that should have been made to everyone a long time ago. We’re way past the imaginary invasion date. So there’s no need to make ourselves awkward. Attempts to place responsibility on Russia and drag Russia into the middle of the conflict are untenable and have no basis. The United Nations General Assembly should not be convened with false allegations, but should be held on more serious issues. Due to the unfounded claims of Western countries, the UN Security Council is being turned into a circus and shamed.”

Reacting to criticism of the decision by lawmakers in the Duma, the lower house of the Russian parliament, to recognize the Donetsk People’s Republic and the Luhansk People’s Republic, where pro-Russian separatists unilaterally declared independence in ukraine’s Donbass region, Verşinin said, “I stress once again that it is on the initiative of Duma lawmakers. Therefore, it is important to draw attention not to speculation but to the Minsk Agreements that many expect. It is necessary to avoid addressing such issues in the UN Security Council. Otherwise, we will react to any decision of any parliament in the world.”

“THE DESIRE TO END THE NEGOTIATIONS OF THE NOBLE PURPOSE”

Arguing that the United States wants to end security guarantees talks by making the excuse that Russia will attack Ukraine, Verşinin said, “Endless statements about information attacks and russia’s military threat. It’s used as a veil. The main goal is clear to us. The desire to end negotiations on long-term legally binding security guarantees.”

AS the
Russia-Ukraine
crisis continues, britain’s Ministry of Defence has released a plan for a possible Russian invasion of Ukraine. Following the latest intelligence reports, Russia could invade Ukraine “without further warning,” the Defense Ministry said on its social media account. We have seen no evidence that Russian forces have withdrawn from the Ukrainian border areas. Russia retains an important military presence that can carry out the invasion without further warning.”

In a map of the possible two-stage invasion plan with the title “President Putin’s possible axis of occupation is shown,” the Defense Ministry said that in the first phase, Russia could conduct a ground operation from two points along the Belarusian border and from one point along Russia’s western border to Kiev. The map also included potential first-stage ground movements from two points towards Dnipro, From Crimea to Mariupol and from the Russian border towards Luhansk.

The second stage involved potential second-stage ground movements from Crimea to Mykolaiv and Dnipro to Vinnytsya.