Snowfall in the U.S. since last week has moved from the west of the country to the east coast. Several flights were cancelled in the country due to the blizzard, while U.S. President Joe Biden, who was returning to Washington from his New Year’s Holiday, was stranded on his private plane for 30 minutes due to a blizzard. Meanwhile, in the state of Virginia, a 50-mile queue of vehicles left drivers in the snow for 15 hours.

Snowfall on the east coast of the U.S.since last week has increased its impact as it moves west of the country, causing a severe snowstorm. Nearly 5,000 flights have been cancelled so far in many states.

HE’S TRAPPED ON A PLANE

U.S. President Joe Biden also took credit for the snowfall that engulfed the country. Biden’s plane, Air Force One, which returned to Washington DC after the New Year’s Holiday, landed at Andrews Air Force Base under more than 20 centimetres of snow. The US leader had to wait half an hour inside the presidential plane before moving on to his vehicle after landing. 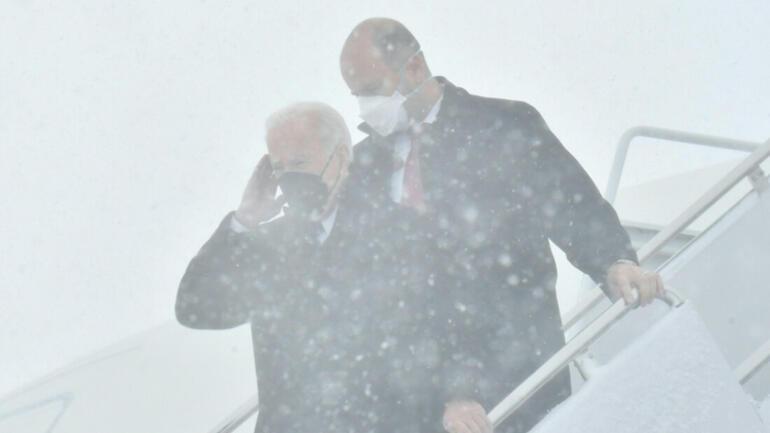 MIXED WITH TRUMP ON SOCIAL MEDIA

Images of Biden getting off the plane became one of the most talked about topics on social media as airport staff were able to bring the stair lift to the plane’s door in heavy snow. Carefully descending the stairs, Biden’s vehicle was tackled by the storm. 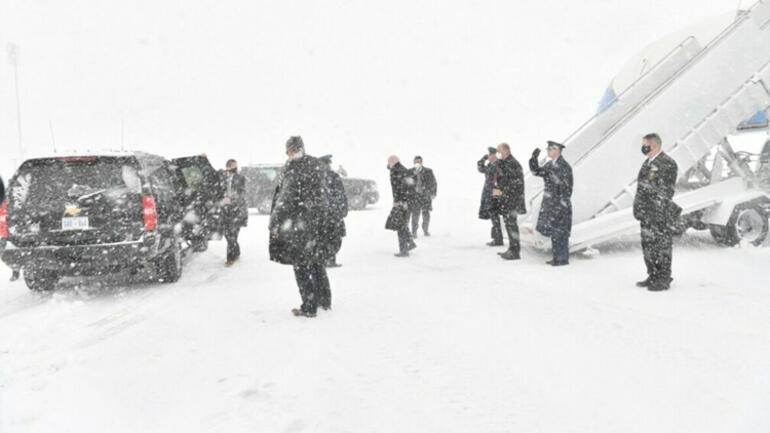 Comparing the 79-year-old president to former president Donald Trump, social media users commented, “Unlike the other guy, he’s not afraid of this snowfall.” 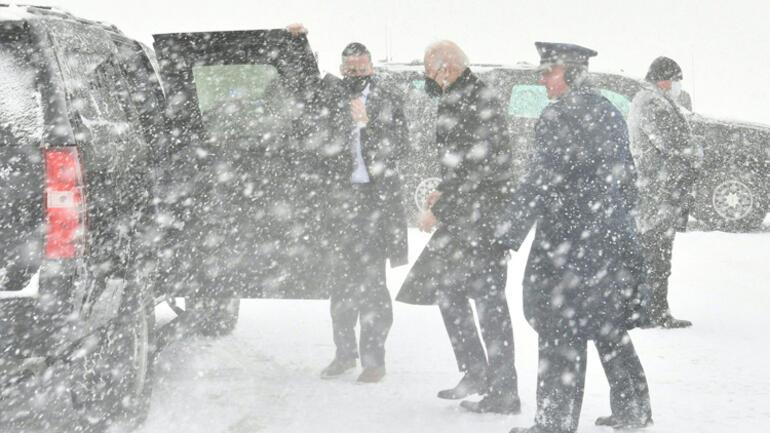 President Biden isn’t the only one in the U.S. who’s turned a Christmas holiday or vacation return into a nightmare. While many people were stranded where they were due to cancelled flights, it was announced that the snowfall would be more effective for some time and the snow thickness would reach 7 to 17 centimeters.

Covid-19 testing and vaccination centers operating in the snow-affected areas of the country also announced that they will not operate today due to heavy snowfall. 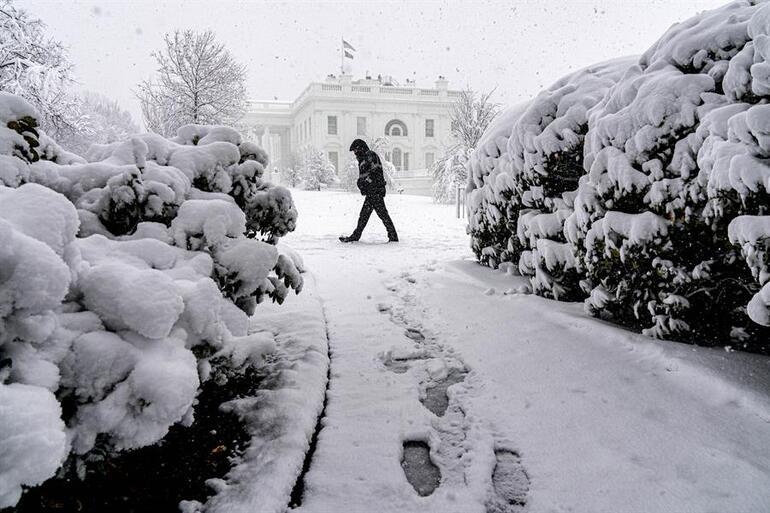 Several states on the East Coast, particularly the states of New York and New Jersey, have also issueda Blizzardwarning for drivers and urged caution for traffic problems.

Meanwhile, the White House announced in the morning that the press briefing scheduled for the day had been canceled. 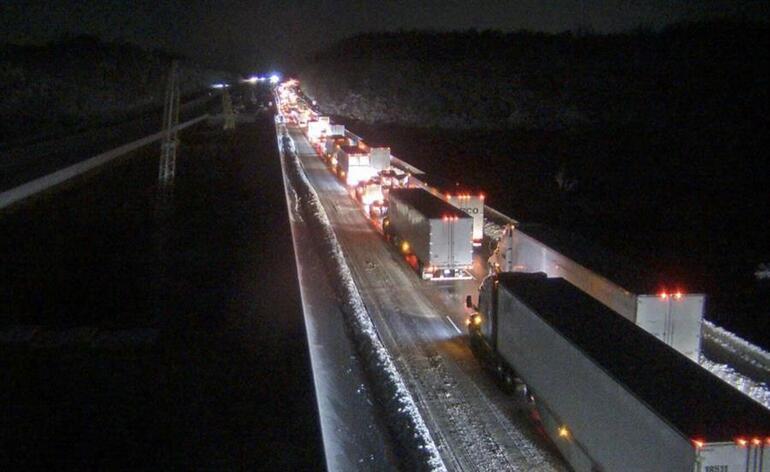 THIS IS HOW THE 15-HOUR SNOW CRUSH WAS VIEWED

Interstate 95 suffered a 15-hour nightmare due to snowfall and blizzard conditions in the state of Virginia. A queue of hundreds of vehicles formed due to the road, which was closed as snow increased in intensity following the accident involving six trucks, leaving drivers stranded for 15 hours. The extended queue of vehicles has reached almost 50 miles, according to the Daily Mail.

Snow thickness reached 30 centimeters in places, while those in difficulty on the road left more than 2,000 calls to the Virginia emergency center. There was chaos when the road’s security cameras were also disabled due to power lines damaged by the blizzard in the area. 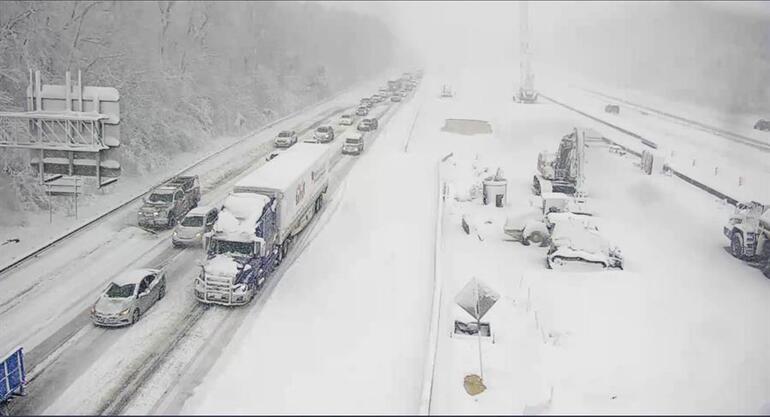 Stranded and forced to wait in the snow for long hours, drivers tried to find help by sharing on their social media accounts that food, water, fuel and phone charges had run out and they were in trouble.

Authorities said they were also sending emergency aid from other states to clear the closed roads, but there were no casualties in the crash involving six tugboats.

British PM Johnson's coronavirus statement: Those who think the war is over are wrong