Paylaş
Facebook Twitter LinkedIn Tumblr Pinterest Reddit VKontakte Odnoklassniki Pocket
Archaeologists from San Marcos National University in Perudiscovered it at the archaeological site of Cajamarquilla, about 10 miles from the capital. The mummy is estimated to be between 800 and 1,200 years old, while ceramic, vegetable remains and stone tools were also found in the tomb.

Prof. Dr. Pieter Van Dalen Luna, who led the study, said, “After the body was placed in the grave, his descendants never left it alone. He was offered food and offerings for many years. The fact that his entire body is bound and he is buried with his hands covered with his face distinguishes him from the other mummies in the area,” he said.

Luna and her team have yet to solve the mystery of this elaborate bonding, but said it will “likely be part of the local funeral tradition.” The mummy is thought to be about 25 to 30 years old and is probably an important person in contemporary society.

The mummy, thought to be male, was probably identified as belonging to the Inca civilization that dominated the southern part of South America 500 years ago. The Inca Empire once dominated the southern part of South America, from southern Ecuador and Colombia to central Chile, and first appeared in the Peruvian highlands in the early 13th century. The Empire fell into the hands of the Spanish, who began in 1532 and captured the last stronghold of the Incas in 1532. Then multiculturalism and ethnic diversity in the region disappeared. 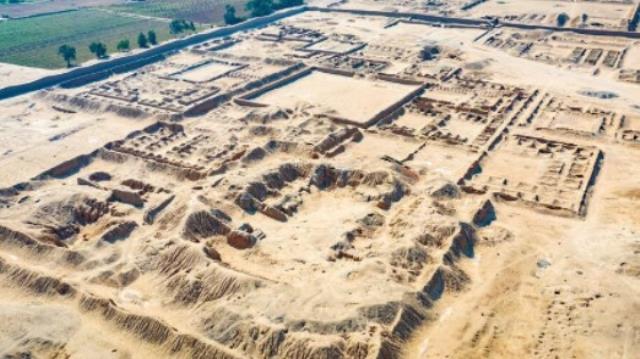 “This discovery sheds new light on interactions and relationships in pre-Spanish times,” Pieter Van Dalen Luna said. Archaeologist Yomira Huaman Santillan also told CNN the discovery was a surprise because the team was not looking for a mummy. “The whole team was really happy because we didn’t think this was going to happen,” Huaman told CNN. We didn’t expect to make such an important discovery. We are confused and happy,” he said.