While many consumers around the world are not aware of it, the world’s largest semiconductor chipmakers such as the United States ,China, Japan and Taiwan have frequently raised the following issue in recent days:

“There is an unprecedented shortage of chips in the world and therefore many electronic products using chips, such as cars, computers, mobile phones and electrical appliances, cannot be produced.”

When we get to the root of the problem, of course, it is possible to see the impact of Covid-19 on the economy. Due to coronavirus, many automakers closed their factories in 2020. Last year, however, car purchases were much higher than expected.

Many people had to spend more time in their homes due to quarantines and restrictions, and some turned their homes into workplaces. For this reason, there has been an explosion in sales of laptops and tablet computers, game consoles, mobile phones and other household appliances around the world.

Sanctions imposed on Chinese firms by some countries, especially the United States, have exacerbated the shortage of chips. The problem then spread to refrigerators, microwave ovens, mobile phones and other electronics.

Large companies that use semiconductors in their products, such as people stocking food in their homes during the pandemic, have become the last link in the chain of the current problem. The price of even the smallest components used in chip production has increased. This price increase was reflected in electronic products.

Electronic components are now more used in the automobile industry, which is shifting towards electric and hydrogen vehicles. Hundreds of chips are used in most components such as fuel-saving engines, emergency braking systems, driver assistant support. 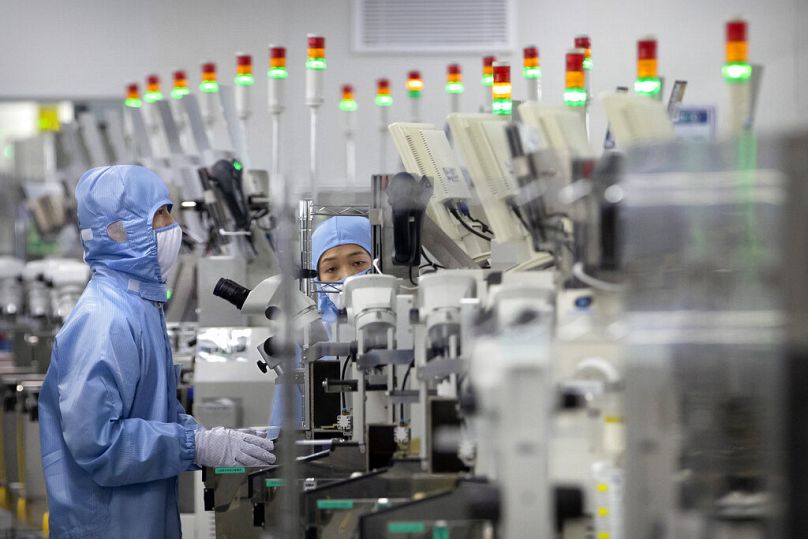 The crisis has forced many car companies to cut production of low-profit vehicles. Companies such as U.S.-based General Motors and Ford Motor have joined other car giants such as Volkswagen, Subaru Corp, Toyota and Nissan in a drive to reduce production.

UK-based IT firm IHS Markit said 1.3 million cars worldwide would be affected in the first quarter of the year due to a shortage of automated semiconductor chips.

The majority of chip production in the world is carried out in Asian countries such as Japan, Taiwan, China and South Korea. Insufficient investment in the production of 8-inch chips in these countries, and higher than expected demand for 5G and laptops are cited as the main causes of the problem.

What are the studies against chip scarcity?

Building new chip-making factories requires billions of dollars in investment. In addition, it may take at least a year to establish test mechanisms for complex chips or to increase the capacity of factories.

US President Joe Biden has announced $37 billion to boost his country’s semiconductor and chip production. It is currently aimed at building four new factories in the U.S., two for Intel Corp, one for TSMC in Arizona and one for Samsung in Texas.

The Beijing government in manufacturing giant China says it will give numerous incentives to reduce dependence on technology from Western countries in chip production. In recent weeks, the China Semiconductors Industry Association announced an unprecedented chip shortage around the world.

U.S., China agree to step up fight against climate change